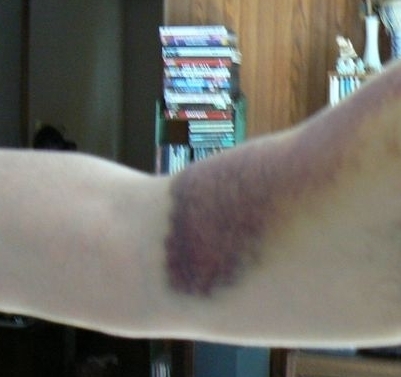 Shakespeare on the Web
Compiled by Prof. Mike Petersen

Surfing with the Bard is an introduction to Shakespeare for students. Included are sections on the poetry and unusual word arrangements, omissions and unusual words, a Shakespeare glossary, an interesting method of thoroughly understanding the plays through the use of a reading log (including a sample), another section that discusses and lists Shakespeare’s plays on film and which gives students advice on how to watch these films, and a final section that provides links to links to links. Also in this last section is a link to the next website, Shakespeare High’s Cafeteria.

What is a "Literature Circle"?

I'm sure at some point in your educational upbringing you were subjected to the torturous practice of reading a novel aloud in class. Either you had to listen to your peers read aloud like a robot, or better yet you had to listen to your English teacher read aloud who didn't attempt to hide his/her own boredom with the novel they have been teaching for thirty years! Literature Circles are an excellent way to spice up the way you teach and analyze novels by encouraging students to actively discuss and break down the literary works.

Many teachers shy away from group work, because they feel it creates classroom management issues. This could be the case if your group work is not organized, but if you follow the Literature Circle steps below, you will find this to be your most pleasant group work experience! Having smaller, teacher-selected groups also help control the mayhem. You need to comb your roster and create groups of students that not only work well together, but who will also complement the other’s learning styles. Especially at the middle school level, it is essential that teachers assign the groups if you want Literature Circles to be successful in your classroom.

Doesn’t everyone function more efficiently when they understand their role in a group? Predetermine the “jobs” that each group member must perform. If you type “Literature Circles” into google, you will find tons of suggestions on how to set up a literature circle and different responsibilities to assign to each member. I usually assign a discussion director, vocabulary guru, illustrator, and summarizer for groups of four. After reading the assigned text, this is what each group member is responsible for completing in their Literature Circles:

In order for any type of group work activity to be productive, you must hold students accountable for their activities. You can grade them based on participation, or print up individual job sheets that the groups fill out during each session and turn in for a grade. If students know that their job will be graded, they will actually do it according to your specifications. Group work is futile and pointless if you do not maintain some sort of accountability.

QUESTION TYPES BASED ON BLOOM'S TAXONOMY

As teachers we tend to ask questions in the "knowledge" category 80% to 90% of the time. These questions are not bad, but using them all the time is. Try to utilize higher order level of questions. These questions require much more "brain power" and a more extensive and elaborate answer. Below are the six question categories as defined by Bloom.