Best thing I've read about this kerfuffle on stilts.

From the always worth reading Byron York comes this useful chronology:

Found on the web: 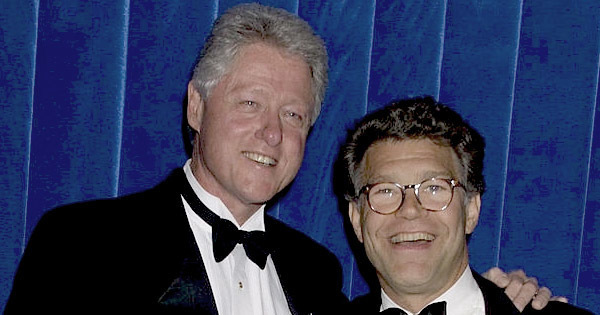 A nice bit of dialogue from the pages of Ricochet.com

Person A.  So is the fact that as a 30+ year old man he was trying to pick up 16 year olds not bad enough? Because to me that alone seems to call much of his character into question. Not to mention his weaselly non-denials of this fact but of all the facts around this fact. I guess this will all hinge on what the meaning of is is. Right?

Person B. He was a young man (30) just home from Vietnam who wanted a girlfriend. In Alabama in the 70’s women his age were either already married or divorced. A man in search of a wife pretty much had to turn to younger women. Women have been conditioned by novels and movies to go for older guys for a long time. Lauren Bacall was 20 when she told the 44-yr. old Humphrey Bogart, “ If you want me, just whistle. You know how to whistle, don’t you, Steve? You just put your lips together and blow.”

Bob Menendez juror interrupts deliberations to ask judge, 'What is a senator?': Report

A juror taking part in the bribery trial of Sen. Bob Menendez, D-N.J., interrupted deliberations Tuesday to ask the presiding judge: "What is a senator?"

U.S. District Judge William Walls refused to answer the juror's question and similarly denied their request for a transcript of the closing argument from Menendez’s attorney, Abbe Lowell, per Bloomberg.

Rick Perry, speaking about places with no street lights, etc. suggests that energy makes us safer and this is what we get from the SnarkMeisters:

A new paper in the American Economic Journal: Economic Policy by Bisschop, Kastoryano, and van der Klaauw looks at the opening and closing of prostitution zones (tippelzones) in 25 Dutch cities.

Our empirical results show that opening a tippelzone reduces sexual abuse and rape. These results are mainly driven by a 30–40 percent reduction in the first two years after opening the tippelzone. For tippelzones with a licensing system, we additionally find long-term decreases in sexual assaults and a 25 percent decrease in drug-related crime, which persists in the medium to long run.

:...no one could have imagined the invention of texting would increase the risk of a car crash 23-fold..."