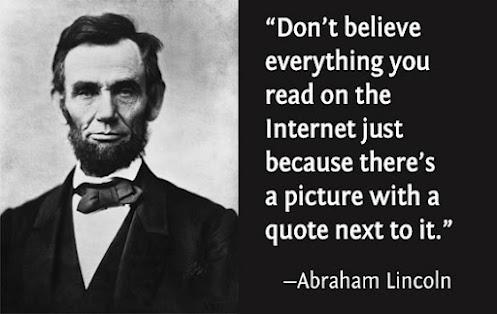 Roosevelt at the Sorbonne, claiming that in a democratic Republic it is the average man and woman ("the man in the arena") who will determine the success or failure of the Republic by getting involved in government at any level.

Compare this to any speech by Trump or Clinton. Ye gads.

"For there is reason to think that if a city were composed entirely of good men, then to avoid office would be as much an object of contention as to obtain office is at present; then we should have plain proof that the true ruler is not meant by nature to regard his own interest, but that of his subjects; and every one who knew this would choose rather to receive a benefit from another than to have the trouble of conferring one."

The Republic, Book I.

"Yes, perhaps, as the Sage says, "nothing worthy proving can be proven, nor yet disproven"; but can we restrain that instinct which urges man to wish to know, and above all to wish to know the things which may conduce to life, to eternal life? Eternal life, not eternal knowledge, as the Alexandrian gnostic said. For living is one thing and knowing is another; and, as we shall see, perhaps there is such an opposition between the two that we may say that everything vital is anti-rational, not merely irrational, and that everything rational is anti-vital. And this is the basis of the tragic sense of life."

Blake's Urizen (Your Reason) tries to measure what cannot be measured and restrain what cannot be restrained: the poetic imagination, eternal life. Blake says, "Mock on, mock on Voltaire, Rousseau"--the rationalist mockery of spirit is just so much sand against the wind.

In Somerville, Mass. the police union and others are upset that a Black Lives Matter banner drapes the City Hall; they request that the sign be changed to "All Lives Matter." But no, “Hanging the banner speaks to all lives,” said the mayor in an interview on Friday.

And his chief of police stands behind him. As the Times reports:

Somerville has a black population of about 6 percent. Of the black community’s possible fear of the police, Chief Fallon said: “Whether I feel that that is justified or not, it doesn’t matter. They’re living in my community in fear.”

“When I hear the hashtag or see the banner ‘Black Lives Matter,’ ” he said, “it just brings to my mind personally that we have to be inclusive.”

So you see the logic? We need to be inclusive and the way to do that is to pick out one and only one group for our pro life banner.

This is what happens to a town run by Harvard and Tufts voters.

IN RELATED NEWS, FISH TURN OUT TO ENJOY BICYCLING: The job that makes us happiest? Housewife! Survey finds stay-at-home mothers are more satisfied than any other profession. “Only one in seven stay-at-home parents say they are dissatisified with their role, a level of unhappiness that is less than half that found among civil servants or salesmen and women.”

In describing the situation during the rise of Galba, Tacitus tells us what motivated the various players' choice of emperor. Some indeed thought of the good of the country, some of themselves. The vulgar, he adds, as is their wont went for the best looking one.

When I read that, I was at first puzzled and wondered if the same principle applies today. Then I remembered--Victor Davis Hansen I think it was--telling a story where someone asks a Mexican-American cleaning lady whom she favored. "Him, el Jefe"  she said, indicating Trump. He is the boss. She could see that on the TV.

The Strong Horse principle says that in places like the Middle East, people tend to support whoever seems stronger--whether from fear or hope of gain.

(Fear, Machiavelli reminds us, is more reliable. I remember seeing chilling news footage of Saddam Hussein when taking over in Iraq haranguing the parliament, smoking a cigar and looking relaxed at the podium. Repeatedly, some lawmaker gets escorted up the aisle by thugs--and then we hear the shots. No one resists.)

Galba and Tacitus seem to agree that under the Empire's then current chaotic and even corrupt conditions, only rule by one man could meet the challenges ahead. Even during the Republic, I think, the Romans had a mechanism for electing a temporary Dictator in desperate times.

So, is there a monarchist, non-democratic, non-republican impulse built into the very fabric of things? Trump is accused of being authoritarian and  making promises he will not have authority to deliver on. Bernie and Hilary do the same, only instead of themselves they cast the government  as the strong man.

My political faith is with Churchill: Democracy is the worst form of government except for all the others. We are in a season of revolt against the system.  Those who work within it are often vilified as Quislings or worse. But our system is designed so that no one gets 100% of what he or she wants. We began by resisting tyranny and eventually built a system (using Reason more than Revelation) to prevent it. Long may we do so.

The children's song, Puritan clapping song, Burl Ives hit and party song has an interesting history. The tune was composed by Jean Jacques Rousseau for an opera. It is here a beautiful hymn.

The story is told on this fine page:

Does NO ONE do homework any more?