Here is a book review posted by a member or Ricochet.com about black women who did important computations before mechanical computers came along.

There was a time when calculator or computer was a job description, not a piece of machinery.

“Hidden Figures: The American Dream and the Untold Story of the Black Women Mathematicians Who Helped Win the Space Race,” by Margot Lee Shetterly, tells the story of one such group.

Before electronic or even mechanical computer appeared the calculations done by these machines had to be performed by hand. The work was both exacting and unexciting. Because it was labor-intensive and it paid relatively poorly, many found it dull.

Prior to World War II, one of the biggest employers of human calculators was NACA, the National Advisory Committee for Aeronautics. NASA predecessor, NACA did work on engine cowls and airfoils requiring dozens of mathematicians.

When World War II began the need for calculators exploded. NACA opened the positions to blacks to fill the openings. In the Jim Crow era many college-educated blacks (or “colored,” as they were then known) were forced into menial jobs because of segregation. These mathematician jobs were only open to women, but many black women had the degrees and background to do the work. It paid much better than work they could otherwise find.

Shetterly tells the experiences of these women. NACA’s headquarters was in Langley, Va., part of the segregated south. Shetterly shows what life was like in the 1940s, when these women were forced to work in segregated offices, using segregated restrooms and dining tables. She relates how the black mathematicians gained acceptance, and gradually threw off the constraints of segregation in the 1950s and 1960s.

How critical? John Glenn’s trajectory for his Mercury mission was the first produced by an electronic computer. Glenn refused to fly the mission until Katherine Johnson, a black woman at Langley, confirmed the computer’s calculations.

Those believing there has been no Civil Rights progress since the 1940s should read “Hidden Figures.” “Hidden Figures” tells an inspiring story of accomplishment, acceptance and progress.

https://ricochet.com/387015/how-liberals-really-feel-about-black-people/
We are told that voter fraud is not a problem. Really? Watch this video.

Our rule making is terrible.

A group of actors took to the airways to urge us to vote for Hilary.

Here is a response

In The Kingdom of Speech Tom Wolfe describes a small population deep in the Amazon whose language has no future tense.

The Pirahã lived entirely in the present, spoke only in the present tense, did not analyze their past or agonize over their future—which in no small part accounted for their generally amiable, relaxed, laugh-light demeanor. For the same reason, they spent virtually no time making artifacts, not even the simplest. Artifacts are an elementary part of thinking about the future

In a way, these people remind me of Buddhist monks. They seek that place beyond language. They seek to be here now.

The Pirahã sound like some of the descriptions I have read of the enlightened ones.

From a well-traveled missionary, posting at Ricochet:

In many traditionally dominant cultures America is a grave challenge. Persians and others like them know a few things. They know they are healthier, smarter, braver, stronger, and possess a deeper and superior culture to the Americans. I mean have you met the typical American that travels around the world? They are over weight, know little history, loud, rude, arrogant and often have a do-gooder attitude like they can fix things that are broken just because they are Americans. Even in the way that American walk you tell how arrogant and ignorant they are. What have Americans suffered? What have they had to endure? Did they have to survive the Mongols? Where were they when the plagues came and devastated the region? How many times did they have to rebuild their culture after conquest? And yet… and yet Americans are successful and we are not. It is question that eats at the soul of many people.

What Were They Thinking? 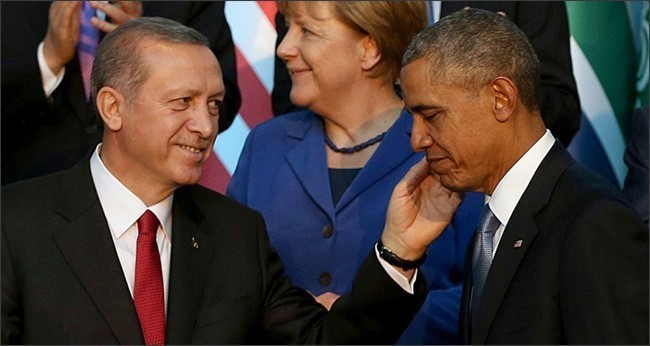 And the people attacked his body after he was dead with the same base spirit with which they had fawned on him while he lived.

No one knew and everyone affirmed.

It is not so easy to decide what they should have done as it is to be sure that the action they took was the worst possible.

A woman professor who chose not to give her name writes a comment  to a NY Times article about an alumni backlash to the shenanigans at colleges recently:

“I am an Asian lesbian professor of the humanities, and am increasingly weary of my profession because of the ludicrous touchiness and ignorance of many students and faculty. A colleague teaching an LGBT film class was hauled up because two students complained he had failed to issue a “trigger warning” before showing Boys Don’t Cry. I have taught Coetzee’s Disgrace (which I consider a masterpiece) for several years but am now thinking of dropping it because I perceive several students gearing up to declare that they feel offended. More important, because of the lack of an adequate core curriculum, English majors and even MAs graduate without ever having read a Victorian novel or a Romantic poem. One has to begin every class, whatever its theme, with a potted history lesson, because one cannot take for granted that students know when the World Wars or the American civil war occurred, or when Socrates lived or Shakespeare wrote. But all of them know the laundry list of ideas that should offend them. And all they can really write about is their own limited lives. As one colleague of mine says, the educational system is highly successful – it set out to inculcate self-esteem and it has done so.”